Web Werks will be part of the approved data centre parks approved by the government with additional investments to launch edge facilities in key cities in Uttar Pradesh.

The construction of the new Noida data center will begin in 2022 with a 20 MVA gross power capacity and will be live for its customers by 2023. Subsequent to the existing plot of land to build this facility, Web Werks has gone ahead and acquired additional land for expansion.

The announcement was made at the Global Investors Summit in Uttar Pradesh. Participating in the 3rd ground-breaking ceremony in the presence of Prime Minister Narendra Modi.

It will also ensure an adequate and uninterrupted supply of power, the lifeline of data centres, through the ‘Open Access Scheme’. Web Werks has announced plans to set up edge data center facilities in all key cities in Uttar Pradesh, the company said.

“The locational advantage of Uttar Pradesh has made the state attractive for investments in the IT and Electronic industry from many leading players; both Indian and global. The expanse of the state also makes it viable for Web Werks to scale up its investments and launch Edge facilities in key cities furthering its presence in the region. Multiple e-governance services and online service delivery platforms will turn the state into a major cloud storage consumer for these data centers. Our customers will benefit from the locational advantage and the strong IT ecosystem and availability of quality talent,” said Nikhil Rathi, Founder & CEO of Web Werks.

In 2021, Web Werks also signed MoUs with the Karnataka and Tamil Nadu government to set up data centers in Bangalore and Chennai. This development was in line with the announcement of the PAN India expansion plans of Web Werks and its Joint Venture partner Iron Mountain Data Centers, a global operator.

Recently the company announced its acquisition of industrial buildings in Bangalore and Hyderabad which will be converted into data centre. Expansion in existing markets of Mumbai, Pune, and NCR is already in progress, the company added.

In the previous year, Web Werks acquired a land parcel to build a standalone Greenfield data center in Navi Mumbai with an investment of Rs 400 crore. This new standalone 1,00,000 sq.ft. the structure will be a well-equipped, next-generation and Uptime Tier 3 designed data center with 12.5MW of power and rich interconnectivity.

Web Werks also signed an MoU with the Government of Karnataka and the project will be fully operational in 2 years. This data centre in the Silicon Valley of India will have a potential of up to 20 MW with further expansion possibilities, Web Werks said. It will be the fourth data centre in Bangalore. 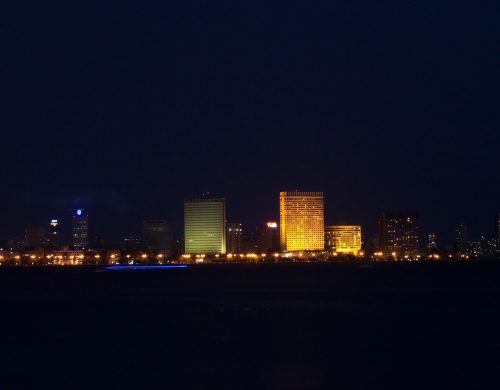 Princeton Digital Group to build its first DC in India