Huawei, a Chinese technology giant, has launched its first “3AZ” data center in Indonesia, which it claimed to have built in a record-breaking amount of time.

Last month, Huawei announced that it will open a new Cloud region in Indonesia this year which will be equipped with the 3AZ DR architecture. Currently, after more than just a month they are announcing the launch of the facility.

According to Jacky Chen, Huawei Indonesia Chief Executive Officer, the assistance of the Indonesian government and local suppliers allowed the Jakarta facility to be finished at a rate that surpasses both their own and the industry’s records.

Construction of a 3AZ data center takes longer than three months on average. However, they completed it in Jakarta this time in just 37 days. Additionally, from filing the application to finishing tax registration, the entire process only took a little more than a month.

Chen expressed his gratitude to the Indonesian government for its assistance and for streamlining the procedures for IT investments in accordance with the nation’s drive toward digitalization.

Indonesia has grown to be Southeast Asia’s greatest recipient of digital investment, according to remarks made by Chief Investment Minister Luhut Binsar Pandjaitan in a recorded video for the ceremony.

According to the Minister, the largest level of digital investment in the region has been made in Indonesia over the past four years, totaling $4.7 billion, making it the most sought-after investment location in Southeast Asia.

The Minister added that he had a meeting with Ren Zhengfei, the founder of Huawei, last year to talk about digital investment in Indonesia. The entrance of Huawei’s recently constructed data center offers significant assistance to the country’s quest of a top-tier digital ecosystem, which Indonesia urgently needs to develop solid digital infrastructure.

Moreover, Huawei said that even before it officially opened, the new facility had already attracted brand-name local and international businesses as clients.

Jacky Chen stated that 12 clients have already deployed their services in the data center in just one and a half months, and 18 more will do so before the end of the year.

He also mentioned that Huawei has established Sparkoo Technologies Indonesia as a local company to support the Huawei cloud network in the country.

Furthermore, for the next five years, Huawei will spend $300 million on upgrading its local cloud infrastructure. In the meantime, when introducing cutting-edge technologies like Web3, big data, media, and AI, they will give local markets priority.

“Indonesia has a large and young population. It is predicted that the market size of the digital economy here will exceed $124 billion by the end of 2025, making it the largest of the ASEAN countries.” said Jacky Chen 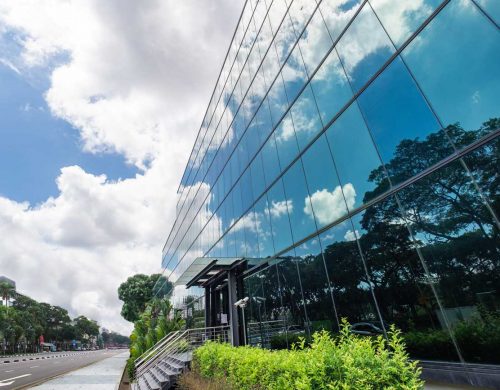