The contract was signed by Gennext Technology Chairman Touhidul Islam and BDCCL Managing Director Abu Sayeed Chowdhury. At the signing event, additional representatives from both organizations were in attendance.

The two national data centers in Bangladesh, one of which is Tier III and the other of which is Tier IV, are where the GoB stores all of its data. The first National Data Center (NDC), which is recognised as a dividend at a center, was launched in 2010 by the Bangladesh Computer Council (BCC), an agency of the Information and Communications Technology (ICT) Ministry. BCC also has a second data center which is the world’s 7th largest data center according to the project director of the data center. The construction began in 2016 and the partner for the data center installation is ZTE, a Chinese technology company that specializes in telecommunications. Experts in the industry claim that Singaporean servers are where most of Bangladesh’s data is sent from. Due to the current system’s lack of privacy and security, the data will be accessible to the Singaporean government, which presents a two-fold challenge.

Therefore, it would be challenging to recover any sensitive information. Second, it would cost more to send data because it would have to travel a longer distance (from Singapore to Bangladesh, it would take about 60ms). These two problems would be lessened if the data centers were located inside national borders.

However, through this joint venture, according to the press release, which will be under the initiative ‘Made in Bangladesh Cloud’, it will enable the government to retain control over its own data storage. The government can save money on foreign exchange purchases and the use of cloud computing by not relying on foreign data storage facilities.

Moreover, both government and private entities in Bangladesh may use the new local data center’s services. The press release also mentions the establishment of a brand-new Research and Development (R&D) Center for Meghna Cloud, which will involve academic staff and students from both public and private universities as well as representatives from Bangladesh’s data center industry.

Hazel Moises
Share This Article
PrevPrevious PostEY Report Forecasts a Resurgence of Interest in Tech Deals in 2023 Despite Unfavorable Circumstances
Next PostEastern Railways Issues Tenders For The Installation Of 1.9 MW Rooftop Solar Systems In West BengalNext
Other Popular Posts Govt Proposes Fine Of Up To 500 Crore For Data Violations 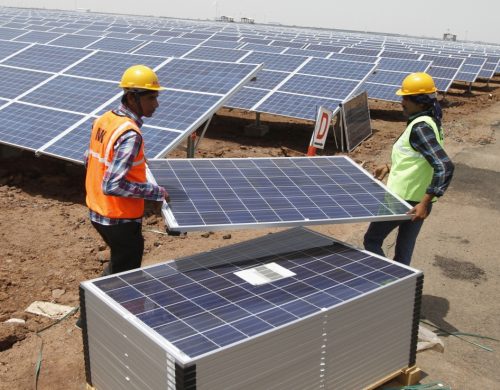