At the 25th Toronto International Film Festival 22 years ago, Maggie Cheung, the female lead in Wong Kar-wai’s 2000 romance epic, ”In The Mood For Love”, casually described the challenge of location scouting during filming to international reporters. To correctly portray Hong Kong in 1962, filming had to be spread out across old sections of Bangkok and Singapore to achieve the desired period-correct setting.

There’s a terrific mix of youthfulness and gravitas to Hong Kong. The city is constantly evolving, a fascinating weave of East and West thanks to its geographical location and colonial past. If one looks up night images of the city on Google Earth, the density of light blanketing the metropolis is stunning, standing out amongst its darker surroundings despite creeping competition.

The Kowloon skyline lights up like New York City’s Rockefeller Center christmas tree nightly, with laser display shows penetrating the cloud cover above. The city has long been a global hub for finance, aviation and business, requiring a rich data infrastructure to support its multiple sectors.

Despite the city’s suitable regional position and climate conditions, not unlike Singapore, a major issue faced in establishing data centers has been the scarcity of available land. Hong Kong is mainly divided into four parts, with the city’s CBD shared between the northern shore of Hong Kong main island and the southern tip of Kowloon.

Many of the city’s data centers are located in Kowloon, whilst the Tseung Kwan O Industrial Estate, a data center hotspot, is situated within the New Territories area. The estate is partly built upon reclaimed land, and its adjacency to the Tseung Kwan O cable landing station and the Hong Kong Stock Exchange hosting facility has made it a prime building venue for companies like Equinix and Global Switch.

However, specialised locations such as the aforementioned are expensive and time-consuming to set up. The demand for more data centers inevitably necessitates the facilities to be placed among the densely-packed, winding streets of the city, posing a challenge to investors and developers. This obstacle has been met with the solution of redeveloping existing industrial property into data centers, a tactic also employed for residential use across the city.

Two years ago, Hong Kong was shoved out of the top 10 data center market global ranking, due to not only the effects of the Covid-19 pandemic, but also political uncertainty. In 2020, the Chinese passing of a security law for Hong Kong rocked the city politically, with international eyes witnessing the protests that followed.

The law included the monitoring and taking down of social media content deemed illegal by Beijing, the restriction of access to platforms used for dissidence, as well as warranted requests for decryption. Although the law did not specifically target the technology sector, the searching of content extended to physical spaces and electronic equipment, thereby outwardly placing data centers at risk.

Whilst international tech companies have voiced an uneasy close monitoring of the situation, Chinese tech firms have been encouraged to move into Hong Kong. The announcement of the Chinese 14th Five-Year Plan in 2021 emphasised the need to develop Hong Kong into an international innovation and technology hub. Objectives include accelerating the building of an integrated national system of large data centers, with the Greater Bay Area and other national hubs as preferred locations.

Presently, according to a Cushman & Wakefield report, Hong Kong has leapfrogged from moseying outside the top 10 list in 2020 to placing third in the Asia-Pacific region, behind only Singapore and Sydney. The need for a data center presence in the city from China and abroad is significant, with estimations pointing out a growth of 4 million square feet of property from 2022 to 2027.

New Material
As the Kowloon skyline looks to rise poignantly in the eyes of the Hong Kong people, careful attention should be paid to the importance of foresight.

With investment flowing in from mainland China and abroad, Hong Kong’s reputation as an industrious and inspired city will continue to be key aspects in its gritty approach to success. The regional hub is poised to grow, and its expansion as a technological and data hub appears forecasted. OTT- Streaming Live And High On Data Centres – on demand 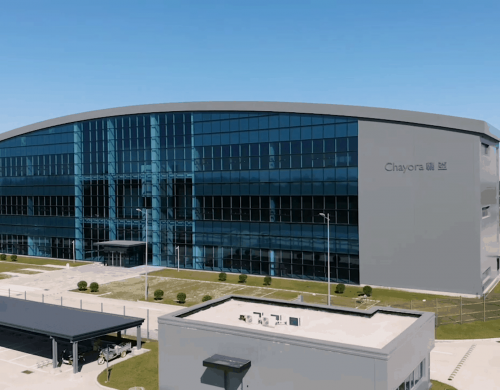