The 150-rack capacity facility will be Scotland’s first metro data centre, set to be located within Glasgow’s largest single office building, which is currently under development by HFD Group.

Once operational, the data centre will support occupiers of the office building in 177 Bothwell Street, and the wider business community in Glasgow’s International Financial Services District (IFSD).

Strategically located near the BT Telephone Exchange, the new data centre facility will also prop up new initiatives in the technology, financial, and fintech sectors, along with digital transformation projects such as the roll-out of 5G and Internet of Things (IoT) networks.

The new data centre is expected to be operational by the third quarter of 2022.

Stephen Lewis, Managing Director of HFD Property Group, noted that with the data centre, occupiers within the new building at 177 Bothwell Street would be “able to locate their IT systems in a purpose-built data centre within the building, benefiting from its inherent resilience and energy efficiency.”

He added that “the data centre will also provide the building with the IT infrastructure necessary for the many smart building technologies we are installing to make it operate as efficiently as possible.”

Managing Director at DataVita, Danny Quinn, said that the installation of the new metro data centre was a significant part of DataVita’s plan for growth, and supports growing demand for data centre services.

Smart technology will also be used throughout the office building, to reduce energy consumption across the facilities and improve the office’s overall environmental performance.

Earlier in 2021, DataVita was the first Scottish tech company to sign the pan-European Climate Neutral Data Centre Pact, in which over 40 firms pledged to reduce their carbon footprint and make data centre and cloud operations more sustainable.

Notably, after DataVita acquired the Fortis data centre in Lanarkshire, it moved towards using 100% renewable energy sources such as wind power, for data centre operations. Under DataVita’s ownership, the Fortis data centre was among the first facilities in the UK to introduce an energy efficient, refrigerant-free-air-cooling system, using Scotland’s naturally cold climate to maintain optimum temperatures.

It remains to be seen what new innovations in sustainability DataVita will have for its new metro data centre in Glasgow. 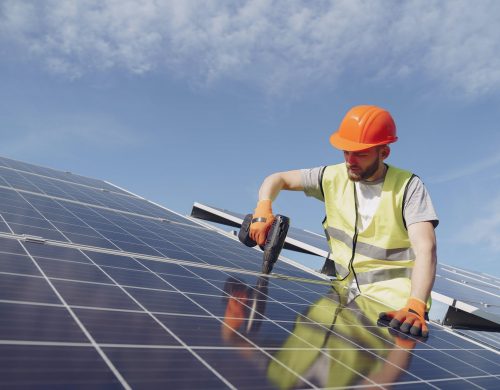