Satya Nadella, Microsoft’s Chairman and Chief Executive Officer, said on Tuesday cloud is a big game changer and there is tremendous momentum in its adoption. Nadella was speaking at the Microsoft Future Ready Leadership Summit in Mumbai as part of his four-day visit to India.

Companies are increasingly adopting technology. The adoption of cloud architecture is increasing as corporations are growing and more transactions are being conducted digitally in real-time. Satya Nadella, CEO of Microsoft, describes the cloud as a game changer and one of the six digital imperatives for companies.

Speaking at the Microsoft Leadership Summit in Mumbai, Nadella said we are still in a nascent stage of cloud adoption but there is tremendous momentum.

According to Satya Nadella, Microsoft’s Chairman and Chief Executive Officer,

“Its been a pretty big game changer. We see tremendous momentum today when it comes to cloud adoption. The more and more I talk to my partners and customers here, I get excited about doing even the unique things that are happening in India using the cloud and that’s really a real departure from the previous era. We are adding a fourth region in Hyderabad. We are committed to making the cloud infrastructure available everywhere. Every factory, warehouse, hospital, and retail facility will need computing where data is getting generated. With Azure Arc, we are going to make sure that the cloud infrastructure gets truly embedded in the physical infrastructure.”

Microsoft is expanding its data center business in the country to cater to the rising demand. Last March, it had announced plans to set up its fourth data center in Hyderabad. The Hyderabad datacentre region will be an addition to the existing network of three regions in India across Pune, Mumbai, and Chennai.

Nadella said Microsoft has 60-plus regions and 200 plus data centers worldwide. In India itself, the company has regions everywhere and is expanding by adding a fourth region in Hyderabad. He also committed to making cloud infrastructure available everywhere,”

India’s lead in building digital public goods is amazing. Speaking on the topic of Artificial Intelligence (AI), Nadella commented, “Let’s think about how it can augment every one of us in whatever it is that we are doing. Every knowledge worker is going to be more creative, more expressive, more productive.

Every frontline worker will be able to do more knowledge work than they ever did. Every design task, whether it’s software engineering, mechanical design, architecture, is going to be that much more productive going forward. So, it’s ultimately, in my opinion, going to accelerate human creativity, human ingenuity and human productivity across a range of tasks. Hyderabad-born Nadella said India is a hub of innovation and resourcefulness. India will be the third largest economy by the end of the decade. It is already the second largest economy for start-ups. 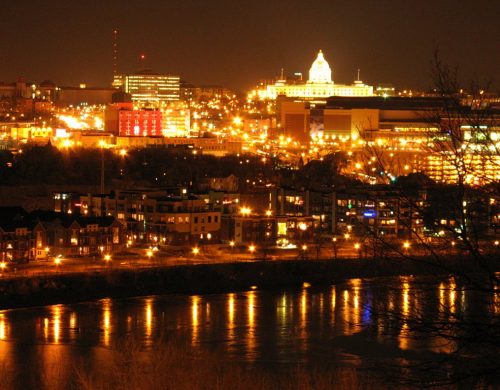 Macquarie to acquire 40% stake in Open Fiber for $2.51 billion