Equinix, one of the leading digital infrastructure companies has been slapped with a patent infringement lawsuit at the Florida Southern District Court.

The suit, which asserts a patent pertaining to cloud network services having a gateway for subscriber-specified connection to a cloud service provider, was filed by Lorium PLLC on behalf of Cloud Conductor LLC, according to a filing from law.com. Counsel for Equinix have not yet appeared, the filing added. Cloud Conductor delivers cloud connectivity solutions to clients throughout the United States and all over the world.

On July 7, 2020, the United States Patent and Trademark Office duly and legally
issued U.S. Patent Number 10,708,085 B2 (the “085 Patent”), entitled “Cloud Network Services
Provider Having a Gateway for Subscriber Specified Connection to a Cloud Service Provider” to
Cloud Conductor. This means that Cloud Conductor is the sole owner of the ‘085 Patent and is exclusively entitled to enforce the rights associated with the same.

Patent infringement cases, as alleged by cloud service providers, have been on the rise since the last few years. In 2020, Daedalus Blue, LLC filed a complaint in the Western District of Texas against Microsoft, claiming that Microsoft infringed the patents-in-suit with its Microsoft Azure cloud computing product.

According to the complaint, the patents-in-suit “were invented by International Business Machines Corporation (IBM),” and relate to cloud computing, such as “cloud infrastructure, cloud management, network security, database management, data processing, and data management.”

The ’612 patent is entitled “Automatic Scaling of Virtual Machines in a Cloud Computing Environment.” It describes systems and methods for “data processing and the scaling of resources in a cloud computing environment by efficiently utilizing virtual machines (VM) that automatically deploy and terminate based on workload.” As described in the patent, the method allows users to set up virtual machines to meet their requirements, and then the cloud system deployed the VM to meet the user specifications.

Microsoft allegedly infringed the asserted patents through its Azure service. In particular, Daedalus Blue averred that Microsoft infringed the ’612 patent through its Microsoft Azure Virtual Machine Scale Sets (VMSS) product, which purportedly uses “‘a method of autonomic scaling of virtual machines in a cloud computing environment’ that allows for dynamic deploying and maintenance of virtual machine instances in Azure cloud, wherein the virtual machine scaling is automatically adjusted based on the workload increase or decrease in load.” Venkatesh Ganesh
Share This Article
PrevPrevious PostEnergy Demand in Dubai increased by 6.3% in the First Half of 2022
Next PostRedcentric Accelerates Growth with Data Centre AcquisitionsNext
Other Popular Posts 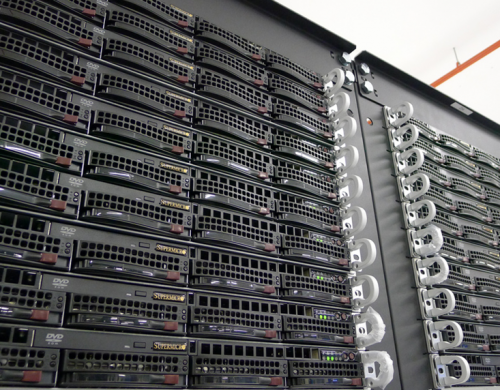