The loan will provide capital financing for ACEN’s renewable energy portfolio in Australia, which will be a significant contributor to the company’s strategic aspiration to grow its renewables capacity to 20 GW by 2030. Comprising the syndicate are Bank of China (BOC) in Manila and Hong Kong, CTBC Bank in Manila and Singapore, and Standard Chartered Bank in Australia.

Till date, ACEN has secured AU$600 million in debt financing for the development of existing and additional pipeline of renewable energy projects in Australia. The funds will be allocated to finance the development and construction of ACEN’s project pipeline in Australia encompassing solar, wind, battery storage, pumped hydro power and energy storage.

This development will also help the data center market in Australia which is seeing an uptick as companies embark on their digitization journey. The New England Solar farm, the first of these projects, is expected to be in operation by the middle of 2023. Anton Rohner, ACEN Australia CEO, said:

“This syndicated green term loan facility continues to build on the funding secured at the end of last year, and will be mobilized into our Australian portfolio. With Stubbo 520 MWDc project reaching Notice to Proceed late in 2022, ACEN continues on the journey in decarbonizing Australia. It is exciting to work with quality financial institutions, and the appetite for quality investments is real.”

Lu Ying, BOCHK general manager of global corporate banking department, said: “BOCHK has been committed to promoting sustainable and high-quality development within the region. It has been our privilege to pursue sustainable development together with ACEN and help create a low-carbon economy for the community. The significance of this facility is further exemplified considering it is the first green syndicated loan for a Philippine corporate after the release of the Joint Statement between China and Philippines.”

ACEN Australia has more than 1.5 GW of projects under construction or at an advanced stage of development, including the New England Solar, New England Battery, Stubbo Solar and Valley of the Winds projects in the NSW New England and Central-West Orana Renewable Energy Zones, as well as the Robbins Island and Jim’s Plain Wind project in North-West Tasmania.

Mike Albotra, CTBC Bank senior vice president and Benson Chua, CTBC Bank Singapore corporate banking head, jointly said: “The transaction further reinforces both ACEN and the Banks’ commitment to ESG, and CTBC Bank is honored to be a part of this important milestone.”

Lynette Ortiz, Standard Chartered Bank Philippines CEO, said: “The transaction demonstrates how Standard Chartered is truly ‘Here for Good’ by supporting issuances that create positive outcomes for the environment and society. It is crucial that we ensure social and economic development through our business, operations and communities.”

ACEN is at the forefront of decarbonization efforts in the Asia Pacific as it works toward its goal to achieve 20 GW of renewables by 2030. Mike Samson, Standard Chartered Bank Australia CEO, said: “We are proud to be able to support ACEN Australia in realizing its sustainability aspirations. This partnership is also in line with Standard Chartered Bank’s global commitment to shape a more sustainable and inclusive global trade flow.”

Herbert Smith Freehills was legal counsel for ACEN Australia, while King & Wood Mallesons was the counsel for the lenders.

Venkatesh Ganesh
Share This Article
PrevPrevious PostHUSK Power Expands Solar Microgrids In India & Nigeria With $750,000 Debt From DEG
Next PostEY Report Forecasts a Resurgence of Interest in Tech Deals in 2023 Despite Unfavorable CircumstancesNext
Other Popular Posts 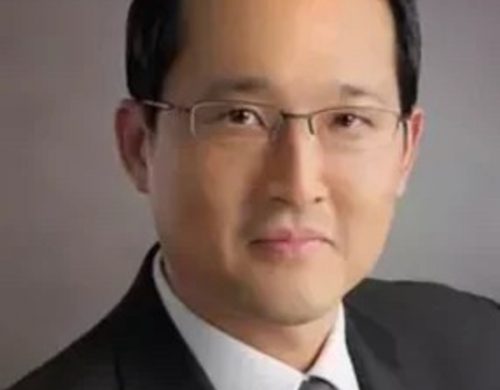