It has reached an agreement to purchase land in Adelaide with the intention of constructing a new, world-class data centre facility. NEXTDC plans to further expand its national digital infrastructure platform and develop a new, premium data centre facility (A1 Adelaide) and Mission Critical Operations (MCX) tower in the Adelaide CBD, the company said.

A1 will be designed to further expand upon NEXTDC’s national digital infrastructure platform and is ideally positioned to support the growing needs of South Australia’s digital economy. Once completed, A1 will be South Australia’s first completely fault tolerant, Uptime Institute Tier IV certified data centre facility.

“We have been working very closely with NEXTDC to bring them to South Australia for some time, and I’m absolutely thrilled they have chosen Adelaide as the city they want to invest and create jobs in. Their investment will go beyond the creation of the data centre and include the opportunity for collaboration with our state’s universities, ensuring a pipeline of skilled workers for the future.” South Australia Premier Steven Marshall.

As a company, NEXTDC is also passionate about energy sustainability and the renewable economy, very much aligning with our Government’s commitment to the circular economy, added Marshall. Further,  NEXTDC will work in partnership with the South Australian Government and inject significant technological capability to South Australia’s world-class hi-tech ecosystem.

“As a city that is focused on building greater digital capabilities and attracting a broad range of businesses and investment, NEXTDC is precisely the type of business we want to see based here,” said the Lord Mayor. “Not only will the sale of 211 Pirie Street see a company with a strong global reputation further cement Adelaide’s reputation as an affordable and innovative place to do business, but the investment will also be responsibly used for the growth of the city.”

NEXTDC CEO, Craig Scroggie said that the company is honoured to have been selected by the City of Adelaide and is excited to be a part of the growing ecosystem of leading technology companies that are investing in the South Australian economy.

“Our partnership with the South Australian Government was instrumental in developing our long-term strategy to support the growth of the state” Mr Scroggie continued. “This digital infrastructure development represents an important investment in South Australia, that will further support and accelerate the growth of the SA Government’s Digital transformation strategy.” NEXTDC CEO, Craig Scroggie

The A1 development will include an Innovation Centre which will deliver an entrepreneurial incubation hub that will cultivate local technology expertise and further enhance South Australia’s global reputation for hi-tech, including capabilities to support knowledge workers in machine learning, artificial intelligence, data analytics and cyber security. Furthermore, A1 will introduce a sovereign secured capability to the state that is critical to the future of the defence and hi-tech industries. NEXTDC’s national portfolio of data centres are Certified Strategic by the Federal Government DTA, and this new facility will also meet those important security standards.

“NEXTDC is in good company here in Adelaide with the likes of Amazon Web Services, Google Cloud, Microsoft Azure, the Australian Institute for Machine Learning and the MIT bigdata Living Lab,” said Minister for Trade and Investment, Stephen Patterson. “It’s always exciting to see investment coming into the state and with NEXTDC we will benefit from their passion for sustainability which aligns with our commitment to achieve net zero emissions by 2050.”

This development needs to be seen in the light of NEXTDC’s recent efforts in other parts of Australia. In December, NEXTDC launched its new edge data centre network with the acquisition of its first regional data centre site in Maroochydore, on Queensland’s Sunshine Coast (“SC1”). 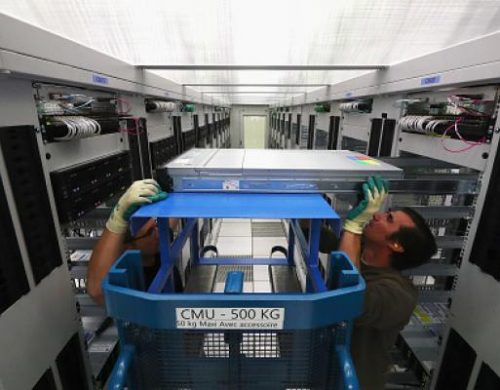