The founder of Dubai developer Damac Properties, Hussain Sajwani will invest $1 billion to build a global network of cloud data centers as the conglomerate diversifies its operations to include the fast-growing digital sector.

“We want to build a global company and we’re allocating $1bn for that business, and we’re going global to put our footprint in all those four continents,” he added.

CIS refers to the Commonwealth of the Independent States, which comprises Russia and other republics that were formerly part of the Soviet Union.

Demand for data center infrastructure accelerated during the pandemic as companies started moving their business to the cloud amid the disruption caused by Covid-19.

According to IDC, the Middle East and Africa markets are among the top three regions worldwide where the public cloud services domain is experiencing the fastest growth.

Spending on public cloud services in the region is expected to surge to $11.6bn by 2025, growing at an annual rate of 25.5 per cent. The UAE, Saudi Arabia and South Africa remain the three biggest markets within the region for spending on cloud.

Sajwani’s data center plan will be part of EDGNEX, a wholly owned digital infrastructure company that he founded, according to media reports.

Damac properties announced earlier this month that it will officially delist from the Dubai Financial Market after the move was approved at the company’s general assembly meeting.

The meeting approved “the conversion of the legal form of the company from a public joint stock company to a private joint stock company” and authorised the chairman of the board to sign all necessary documents, Damac said in a statement to the DFM.

“The data centres are a natural progression for the business. The good part about data centres is that your clients are hyperscalers like Microsoft, Amazon, Google, or big banks and institutions. Your contracts are typically for five to 10 years, so you have recurring income. You build an asset with high growth,” Sajwani said.

The data centre idea occurred to Sajwani during the Covid-19 movement restrictions in April and May 2020, he added.

EDGNEX has earmarked five plots to develop data centres, including three in Saudi Arabia, two in Turkey and one in Ireland.

“We have the cash to inject and have hired a very good team. We can build data centres at a more reasonable cost than our competitors,” Sajwani said.

“We understand construction much better than our competitors, who are large US private companies. We have worked in emerging markets like the Middle East, while their knowledge in these markets is more limited,” Sajwani added.

Edgnex also plans to roll out smaller data centres in the coming years, targeting a market expected to be worth $13.5bn by 2024, according to a recent study by PwC. 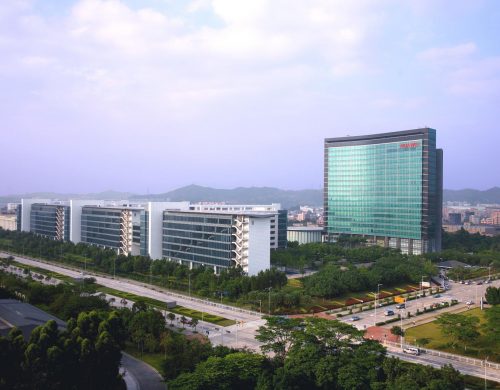