“It is not easy, but the Korean people have decided that now is the time for action”, announced then-South Korean President, Moon Jae-in, at the 2021 United Nations Climate Change Conference (COP26) in Glasgow, Scotland. In a bid to address the world-wide goal of preventing an average temperature-rise of 1.5 degrees celsius by 2050, the former president pledged that Seoul would reduce emissions by 40 per cent from 2018 levels, through shifting reliance on coal-powered energy to renewable sources.

In December of 2020, the South Korean government issued a sub-plan of the national Fifth Basic Energy Plan running from the years 2019 to 2034, with the healthy objective of ultimately increasing the nation’s reliance on new and renewable energy by 20.2 per cent. The current administration of President Yoon Suk-yeol has thankfully recognised his predecessors’ green ambitions, but has made public plans to re-evaluate current energy targets, particularly by incorporating nuclear energy into the mix.

More Than Meets The Eye

As individuals armed with industry knowledge, we are very much aware of the massive energy hogs that are data centers. Besides the rows and rows of storage servers, every facility requires a dedicated infrastructure; ranging from cooling systems to power sources and security features. This results in an immense amount of power consumption- estimates point towards one-fifth of the world’s power supply being consumed by data center operations in 2025.

We often see words and phrases like ‘efficiency’ and ‘decrease consumption’ being thrown around in industry studies- no doubt in an effort to address the growing worry of electric consumption, but in truth, estimating these numbers and projecting the steps needed to reduce these figures are near-inscrutable.

Moore’s Law; an observation coined in 1965 by Intel co-founder, Gordon Moore, establishes that the number of transistors on a microchip doubles every year or year and a half, subsequently doubling the performance per watt of a CPU. Data center equipment is refreshed every three to five years on average- this spells quite an oversight of a period of inefficiency when it comes to determining energy consumption figures.

Ironically, another factor to consider is the issue with measurement- the reduction of uncertainty. Data centers often use Power Usage Effectiveness (PUE) as a metric to ascertain how sustainable their facilities are; the calculation itself is essentially grade-school math, simple ratio and division. The flaw in PUE lies not in the how but in the what; it calculates the amount of IT load to the total facility load without going into specifics.

This leaves a gap as only the IT load is accounted for, when in reality a fair percentage also goes to powering fans and other supporting equipment. Furthermore, the advent of industry-wide liquid cooling adoption has further pushed PUE toward being less relevant and reliable.

In a recent white paper published by Schnieder Electric, 23 metrics to measure sustainability were suggested, taking into account variables such as geography and market-based specifics. Although having one simple number to establish sustainability is sexy from a marketing perspective, to achieve true carbon reduction goals requires a disciplined, detailed understanding of the figures displayed on our screens.

In South Korea, the data center market has taken steps in reducing its carbon footprint through the opening of green data centers, such as the planned Empyrion DC in Gangnam, Seoul.

Coal facilities in the country have also been shut down, with the aim to retire 24 such factories by 2034, replaced with a mix of renewable sources such as hydrogen and imported clean energy, and more recently with present-President Yoon’s administration, nuclear energy.

Korea also has a certain amount of geothermal potential; hot springs have been historically well-known throughout the peninsula, and the nation could tap on this natural advantage, offering another possible energy source for data centers to draw a portion of their power from. Already, the Seoul Metropolitan Government has plans to power public buildings with geothermal energy as part of the nation’s carbon-neutrality goals, an announcement that might raise brows among the Korean public due to the 2017 geothermal mining-caused Pohang earthquake; a rare instance of a ‘man-made’ natural disaster.

Despite the environmental commitment made by South Korea, environmentalists have voiced concerns of the country’s green plan as being insufficient and possibly unconvincing, in part due to the nation’s inability of following through on their previously-agreed upon carbon tax and halting of coal-financing abroad in 2020 and 2021.

How South Korea deals with reducing carbon emissions will continue to be observed, and the country’s growing data center market will add on to the green challenge already faced. In recent years, data has earned the moniker of being the new ‘oil’ of the world- whether or not this is entirely accurate, we should not want data to earn the same environmental notoriety as its namesake’s origin. How AFL is set to Redefine the Next in Hyperscaler Connectivity 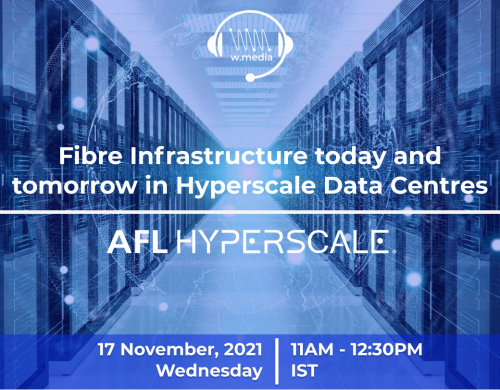