Uttar Pradesh will soon be a data centre hub,  a facility that centralises an organisation’s shared IT operation and equipment to store, process and disseminate data and applications, as the state’s first data centre park is all set to come up in the Greater Noida region.

The government has given approval to Yotta Infrastructure to build the data centre in the state.

This was shared by co-founder and CEO Sunil Gupta of the Yotta Infrastructure Solutions during The Times of India Destination Uttar Pradesh Conclave.

The data centre park will consist of 6 interconnected data centre buildings offering 30,000 server racks capacity and 200 megawatt of power. It will be set up at an estimated cost of Rs 7,000 crore. The construction for the first building commenced in December 2020 and is scheduled to begin its operations in July 2022,” said Gupta.

He further added that data centres are the hub of the digital revolution. Foreseeing an increased demand from the state due to digital acceleration, Yotta has decided to commence construction of two new data centre buildings of 30 megawatt IT load each from January 2022.

The data centre park shall be the largest one in the state with an option of 100 per cent green renewable energy to customers. Construction of two additional data centre buildings in the Greater Noida campus will begin in January 2022, a Times of India report added.

“We expect our NCR campus to be operational with the first building before July 2022,” said Gupta.

He further pointed out that “We are grateful to the government of Uttar Pradesh and chief minister Yogi Adityanath for extending their constant cooperation that helped us speed up the construction process.

Our data centre park in Greater Noida will go a long way to augment the digital infrastructure not only in the state but also in the entire north region of the country as Yotta continues to strive to bridge the demand supply gap in the Indian data centre industry, Yotta was formed to power India’s digital economy, driven by data. It has been powering the digital India mission by providing the highest quality of data centre, colocation services leveraging its tier IV facility which is the largest in Asia.” With rapid cloud adoption, Talent continue to be elusive in Middle East 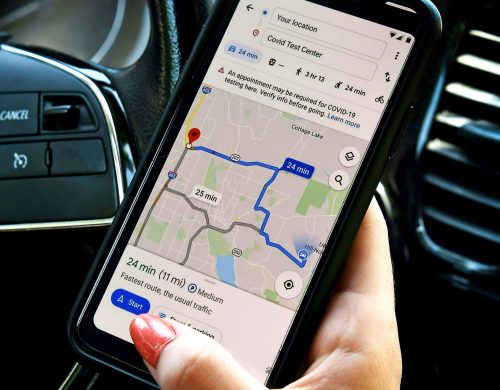 Will Google Maps Show the Direction for India’s Digital Adoption?