For a large part of history since the mid-20th century, much of the world have been purchasers of the great Americana. In a room of international personas, Uncle Sam is a gospelist and tattooist; he effectively carols sweet jingles of American values and inks varying degrees of star and stripe-shaped ideals on his peers. Countries have been heartily encouraged to subscribe to varying degrees and forms of Americanism, and dialling onto American frequency for news updates is still very much key to predicting global trends.

In the last 10 to 20 years, however, Uncle Sam’s position at the meeting table has been increasingly challenged by an influential China, whose long arms of unmatched manufacturing and potential across a plethora of sectors have stretched across the globe in domineering fashion. Gone are the days of cruel political cartoons from the 1890s and 1900s depicting an alarmed Qing-led China panicking over her country being carved up by Western powers and imperial Japan. Today, the narrative has been turned on its head; China’s ascendance has allowed the superpower to both invest and exert leverage over other nations, with the world’s supply chain marching to her beat.

Stuck In The Middle

South Korea has been caught in a rather awkward position between the two superpowers. Historical and cultural context aside, the nation economically depends on the Chinese export market, with its outgoing trade of electrical components and equipment making up a whopping $46.56 billion U.S. dollars in 2021. Simultaneously, the Koreans share close military ties with the United States- the two nations cooperate closely to monitor and conduct martial activities in an at-times tense East Asia region.

On its own, Asia’s fourth largest economy is no lightweight either, with its rapid and frankly astounding growth as a nation post-Korean War lauded by world leaders and studied by economists. The dilemma South Korea finds itself in today is uncomfortable, but necessary and unavoidable. The Korean government and public have a significantly more favourable opinion of the U.S. than they do of China, but also a begrudging acceptance of the latter’s significant economic influence on their country.

Slow And Shaky; Not Steady

China’s grappling with the pandemic has had a marked impact on the fluency of the global supply chain, with the country’s zero-Covid policy slowing the country’s transport and vessel operations to a sluggish pace. South Korea, their largest trading partner, has been deeply affected, with a Reuters survey reporting its September export rate growing at its slowest in nearly two years, of which the majority is made up of semiconductor chips and electronics. In response to this, South Korea’s semiconductor output fell for the first time in over four years; a gloomy prediction- and more importantly, acknowledgement, by chipmakers of the chilly global demand that looks to get more frigid.

Chips On The Double

The U.S. have been quick to capitalise on the Chinese delay; congress recently passed the CHIP and Science Act to curb semiconductor dependency on their fierce competitor and encourage a sense of onus within the industry on American soil. Details of the bill include providing financial assistance to the approved construction, expansion or modernisation of semiconductor facilities and equipment, with a specific emphasis on disallowing covered entities from expanding manufacturing to China for a decade from the date of grant receival.

The sense of contest within the bill is transparent, its intention clear. On top of this, the proposed American-led Chip 4 Alliance of the U.S., Taiwan, Japan and South Korea aims to keep the Chinese semiconductor industry at bay; China reportedly leads the global chip market with a 24 per cent share, followed by Taiwan, South Korea and Japan respectively. The Chinese however, cover low-end segments of the chip market; medium-to-high end parts are generally manufactured in competitor countries. The suggested alliance allows two key advantages: to boost the innovation and manufacturing potential of member countries through a shared forum, and to stifle China’s advancement of technology in the field through curtailing information.

At first glance, the Chip 4 Alliance gives the impression of a semiconductor dream team of sorts; Taiwan dominates the manufacturing of non-memory chips, Korea houses companies that are global leaders in memory chips and Japan leads in producing semiconductor materials and equipment- theoretically, an outfit of the three nations with the American design of reimagining the global chip supply chain should work, but political complications have proven to be a hurdle. Historical issues between members have limited full-scale cooperation, and alliance objectives have been knotted up in a sticky web of convolution. South Korea has emerged as the most reluctant East Asian nation, with its trade relationship with China too huge a risk to jeopardise.

From a data center perspective, semiconductors are essential to the functioning of different components such as graphic processing units, central processing units, chips for network infrastructure and power management. The Korean government’s Digital New Deal initiative established last year aimed at spearheading the nation’s digital transformation has been delayed by both Covid-19 and a shortage of talent; a chip alliance in direct competition with China would pile on to the existing and potential headaches in the industry.

The present delays in China’s supply chain issues presents a window of opportunity for South Korea to build a new semiconductor relationship with other nations, but the repercussions of such a decision would very likely be considerable. Beijing has been vocal about its opinion of the Chip 4 Alliance as being of a similar nature to a Trojan horse, warning potential members of the alliance benefiting only the U.S. in the long run. Conversely, the rebuttal to this argument lies in the foretelling of China’s internal growth as a chip-making industry, which would leave Korea in the cold export-wise, therefore justifying the move to join the alliance as intelligent.

The nature of such a decision lies in prose over poetry, and the ultimate call translates to a simple question; does South Korea want to play the role of a semiconductor trade scofflaw to China or the U.S.- the answer to which will be based on the country’s best interests. 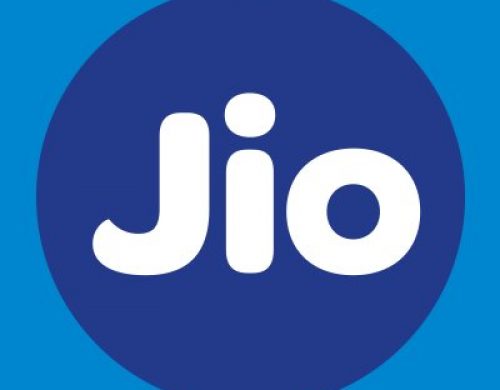