How Hyperscale Data Centres can innovate with Power and Cooling

The increase in the demand and adaption of data centres has also led to rising concerns with regards to the amount of power that is being consumed by them.

“The Government of India has come up with a cooling action plan which is the first of its kind. This was in the year 2018 and was drafted by the Ministry of Environment, Forest and Climate change, which categorically sheds light on how the cooling action plan needs to be implemented in various consumer categories in the next 20-25 years.

There are short-term, medium and long-term plans that are available in the public domain,” said Soumya Prasad Garnaik, Executive Director, Energy Efficiency Services Limited- Ministry of Power, Government of India.

He further added that space cooling is extremely important as it is growing by 10-11 percent or more every year. The total space cooling capacity is 200 million refrigeration which will increase to 2040 million tons of refrigeration by 2027-28. This gives a lot of trust in the power sector. The data centres and particularly the commercial building applications play an important role and about 40-45 percent of energy consumption is going towards this.

The Government of India has taken various steps, particularly relating to the way in which energy-efficient appliances can be used. For example schemes like the star rating programmes for a unitary air conditioner which are being used because per square meter if one requires .04 tons of refrigeration for cooling and in data centres the application is between 17 to 18 degree Celsius is the range which is normally used.

An increase in the temperature by one degree will reduce 5 to 6 percent of the baseline energy consumption. One is the operational practice, the second is how new technology can be brought in terms of energy efficiency.

The cooling has to be there but at a lesser cost. In bringing new technology the cost becomes an important aspect, this is why the government of India has come up with various teams and business models to see how affordable technologies can be used in data centres and commercial applications.

“Technologies like super-efficient air conditioners, which are about 25 percent more efficient than an average three or four-star air conditioner which is available in the market.

When we talk about data centres, we would require a centralised air conditioning setting for which we have come up with a National Chiller Replacement Programme which will be replacing the old inefficient chillers with the energy-efficient ones.

The other programme which we are coming out with is the Energy Conservation Building code of 2017 which talks about the parameters that should be kept in mind in the design stage of building a data centre.

These are some of the initiatives that are being taken and this is going to save a lot of energy in the near future,” added Garnaik. 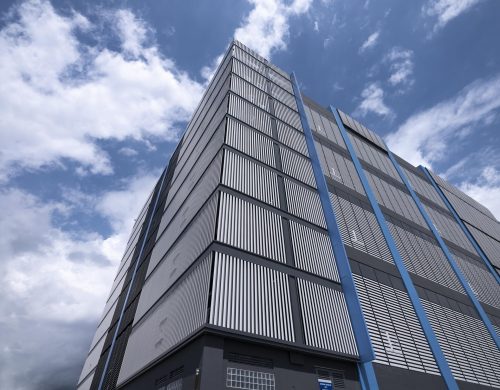