Power has been a big consideration for data centres, public and other authorities. Things have been changing in the market in various ways. “In Singapore and Japan in the last two months the power rates have gone up from 30 to 40 per cent. A lot of data centre service providers will have to face a few challenges due to an increase in the rates.

This will come to India as well in sometime so whether it is green power or another source of power it has to be seen holistically. It is important to take steps to minimise power utilisation,” said Manoj Paul, Managing Director, Equinix India.

He further explained that India has an added advantage over other countries in terms of power cost. If someone wants to build a business case India comes out to be much cheaper in comparison to Singapore and Japan. As a result of which India has an opportunity of getting the social media and enterprise companies to make India as their regional hub. It is the responsibility of the organisations here to make sure that the services are good, costs are competitive so that enterprises choose India.

“We can encourage the production of more solar power and the warehouses in the near future will be established near dams, solar or wind power stations. But the problem is that wind power is being generated in Gujarat and the data centre is in Mumbai. But if a service provider for example wants a 100 MW data centre then it can be built somewhere near the source of energy but the connectivity and manpower could be a challenge which can be dealt with as and when the demand increases. Power would continue to be a big issue but India has a good amount of sunlight, has a good source of wind power and enough water hydro resources leveraging on these resources is important,” added Paul.

Greening has gone beyond an ideal concept and is commercially available as today if one customer is asking for it in future others will ask for it as well. From a totality point of view, India is a power surplus as a country. The challenge is how to get the power which is being generated somewhere to our data centres. While everyone is looking forward to deploying green energy there are few challenges that differ from state to state in terms of sourcing the power, explained Sunil Gupta, Co Founder & CEO, Yotta Infrastructure Solutions.

Currently the data centre industry is at about 450-470 MW and everyone knows that this is going to grow at 1000 MW in the coming few years. “We are growing at a faster pace because sustainability is clearly a key reason and hyperscalers are driving this growth as they are getting a lot of enterprises in their data centres. What we have heard from our customers is can we give them 100 per cent green power be it cheaper or costlier they are asking for it today. I think this is a big change happening in our industry. We as Adani group are manfucation 25GW of solar and wind energy together and have got setups in thirteen states,” said Sanjay Bhutani, Senior Vice President, AdaniConneX.

He further added that social and political governance is also important when it comes to green power. For example in the future in data parks enterprises should also think about ways in which they can make the surrounding areas greener. Further, tThe central government is working on a policy which explains the importance of sustainability but at the same time there are few challenges to be dealt with. 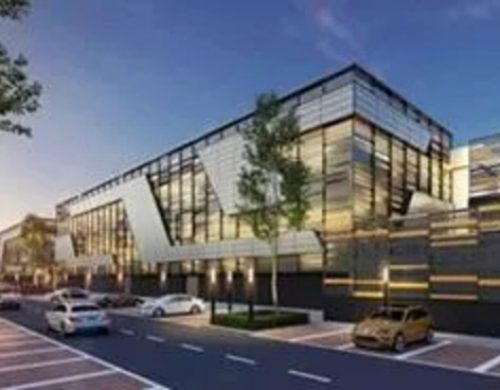