Rackspace Technology, a leading end-to-end multicloud technology solutions company, announced the results of a new global survey, conducted in association with Google Cloud, of over 1,400 IT executives, Future of Compute, that highlights the increasingly rapid pace of cloud adoption.

According to the survey, the question is no longer whether organisations should migrate to the cloud, but how they can leverage the cloud for innovation, efficiency, and growth.

More than half (51 per cent) of all survey respondents said that 100 per cent of their applicable infrastructure now resides in the cloud, while (49 per cent) said they plan to move more of their workloads into the cloud as possible. In addition, more than two thirds of respondents’ compute workloads are now supported by public cloud, colocation, and managed hosting services. At the same time, IT infrastructure spread has reached an equilibrium and leaders expect it to hold steady over the next three to five years, the report added.

More than a third (35 per cent) of respondents said that IT executives play a key role in driving the direction of the company, as silos between functional areas continue to dissolve.

“Driven in large part by the power of the cloud, today’s technology landscape is evolving at a breakneck pace, while IT is penetrating all areas of the organisation. In this environment, IT leaders have the power to help companies and organisations see around corners to solve both their short-term and long-term business challenges and provide critical guidance in the areas of business growth, security, efficiency, and customer experience,” said Jeff DeVerter, Chief Technology Evangelist at Rackspace Technology.

The cloud market grew 23 per cent to $323.3 billion over the past year, according to Gartner and projects a future growth rate of 18 per cent annually. 63 per cent respondents said that they are already enjoying the benefits of a public cloud and/or a private cloud (66 per cent). In addition, public cloud investments represent as much as 40 per cent of most IT budgets, with private clouds at 30 per cent.

The report further explained that containerised applications are also continuing to grow in popularity as organisations shift away from on-site data centres. The most common tactic among organisations (85 per cent) employing public cloud remains “lifting and shifting” using cloud based VMs (virtual machines), but 84 per cent of respondents say they are investing in public cloud with containers. 62 per cent of respondents say their use of containerised applications will increase in the next two years.

The cloud revolution brought a number of advancements to the world of computing. However, the past decade of inundation is settling into a more level pool of opportunity. Over the next 12 months, 55 per cent respondents anticipate that their infrastructure spending will include on-site data centres, managed hosting (52 per cent), public cloud (51 per cent), and colocation (34 per cent). However, 60 per cent of respondents also said that they envision not owning a data centre in the next five years.

Security, data privacy and control understandably remain as top concerns among IT leaders, particularly for public cloud use cases. While these concerns present valid obstacles to getting more companies fully reaping the benefits of the cloud, the reality is that heterogeneous multicloud infrastructure is proving to be the norm. Companies that focus their resources on successfully addressing security and data privacy concerns while innovating with cloud can expect to achieve a significant competitive advantage, the report concluded.

W.Media is hosting its first physical event after two years in association with CIO Klub.

“Mumbai Cloud & Datacenter Convention & Awards 2021” will take place in St. Regis Mumbai on the 25th of November from 8 am to 6 pm IST.

Technology leaders will be a part of this event to share insights on the cloud and data centre scenario in South Asia. 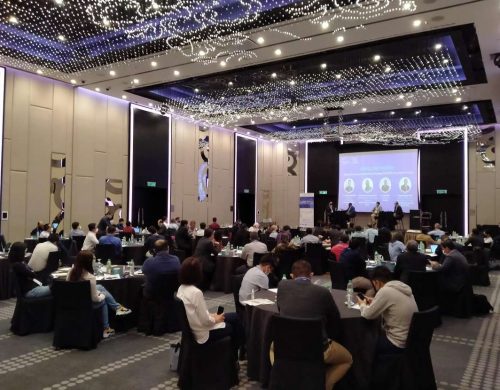