Singapore: Hyperscalability In A Green Nation

In January of 2016, Founder and Executive Chairman of the World Economic Forum, Klaus Schwab, authored a book titled ”The Fourth Industrial Revolution”, describing the evolution of technology and digital infrastructure in the coming years.

Presently, amid the whirlwind of tech that has become commonplace, the need to manage and organise on a mammoth scale has never been more crucial.

When we think of the greatest structures constructed in recent years, thoughts often shift to mental images of elaborate designs and impressive buildings. Although standing in the shadow of a mass of steel and concrete inspires a sense of awe within us, truly understanding the colossal dimensions of hyperscalability commands wonder and admiration.

The Covid-19 pandemic encouraged our use of technology and data resources, ploughing fertile ground for further demand of data centers.

A Hyperscale Data Center Forecast by Synergy Research Group published in March this year presented a known pipeline of 314 future hyperscale data centers, with the figure looking to push past the 1,000 mark in the next three years and continued growth thereafter.

Aside from the United States, which accounts for close to 40 per cent of the world’s operational hyperscale data centers, Asia Pacific is another regional hotbed.

A report revealed Singapore as the second largest data center hub in the region, behind only Tokyo, with over 70 operating centers as of 2021. The city-state has long-garnered a reputation for possessing second to none infrastructure and a highly-educated workforce, establishing itself as a top location for foreign business and investment.

Furthermore, Singapore is a smart city, with the SmartNation initiative introduced in 2019 boosting development of the island nation’s digital framework across a web of sectors. The country’s advancement into the digital era has proved attractive to technology and data center corporations, with both foreign and local investment in the field aplenty.

The remarkable ability of technological architecture has enabled companies to scale horizontally and vertically, coping with the increased demand and extra resources. Such is the capability and agility of hyperscale data centers that servers can increase or decrease according to requirements, providing the necessary flexibility and speed needed in the ever-growing train of Singapore’s digital framework.

In 2020 however, the establishment of new data centers were faced with a moratorium by the Singapore government. Reasons for the suspension varied, but the key focus boiled down to the issue of sustainability.

With over 70 operational data centers and a combined output of over 1000MW, the enthusiastic growth of the industry raised governmental brows over environmental concerns.

The pause on erecting new data centers did not come about as a surprise, with the island country’s space constraints providing further reasoning.

Early this year, the industry breathed a sense of relief as the lifting of the moratorium was announced, planned for the second quarter of the year. With a new set of environmental guidelines and a more careful selection process in place, Singapore looks to maintain its reputation as a regional leader within the data center industry.

With the pilot phase of selection set to commence, a delicate balancing act will be observed, as the city-state aims to achieve equilibrium between meeting its green standards and continuing to cement its standing as a tech summit.

With the recent commemoration of Singapore’s 57th birthday, the nation’s evolution over the past few decades has been nothing short of a modern miracle. How the island country copes with this new challenge will be carefully observed, but its record of triumphs over past trials have certainly set a precedent. 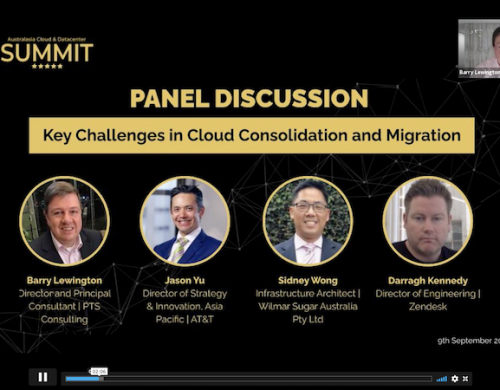 HDFC Bank Partners With Microsoft For Its Digital Transformation Journey