Together, Airtel, an Indian multinational telecom services company, and Meta will extend a subsea cable network, improve Open RAN usage and research, and increase the range of Airtel’s Communications Platform as a Service (CPaaS) services. According to the companies, this new partnership would aid in the development of India’s digital ecosystem.

With a length of about 28,000 miles, Meta’s 2Africa Pearls claims to be the longest submarine cable in the world (45,000 kilometers). With 16 fiber pairs and a nominal capacity of 180 terabits (Tb) per second, it connects Europe, Africa, the Middle East, and Asia.

According to Meta, when 2Africa Pearls is finished, an estimated 3 billion people would have connectivity. To expand 2Africa Pearls to Airtel’s Mumbai infrastructure, Airtel stated it is collaborating with Meta and another 2Africa consortium partner, Saudi Telecom Company (STC).

In order to further improve its submarine network portfolio, Airtel and Meta will extend the cable to Airtel’s landing station in Mumbai and also acquire dedicated capacity. The 2Africa cable would greatly increase India’s cable capacity and give global hyper-scalers and enterprises the tools they need to create fresh integrated solutions and give customers a top-notch seamless experience.

2Africa Pearls, first announced in May 2020, is currently a work in progress; it’s anticipated to be completed and fully functioning sometime in 2023. In April of this year, 2Africa made its first of 46 landings in Genoa, Italy, linking to Equinix’s Carrier Neutral Data Center (CNDC). Since then, the cable has also been able to connect to Marseille, France and Barcelona, Spain. With Airtel identifying itself as a partner in the project this week, the Meta-led consortium behind Africa 2Pearls announced plans to expand the undersea cable line to India in September.

Moreover, Airtel also mentioned that Meta is a partner in the TIP Open RAN project group, which is a component of the Telecom Infra Project. The company claimed that it is developing advanced analytics and AI/ML models to boost radio networks’ automation, energy management, and operational effectiveness. With intentions to commercially deploy the solutions in numerous Indian states over the next few quarters, the company is currently undertaking Open RAN trials for 4G and 5G Open RAN solutions in the Indian state of Haryana.

“Airtel will share its learnings with wider ecosystem partners within the TIP community, including Meta, to help accelerate the deployment of Open RAN based networks across the world,” said Airtel

When it announced earlier this year that it was the first Indian telecom to complete Open RAN-based live 5G network validation, Airtel asserted Open RAN primacy in India. The Non-Standalone (NSA) network test was conducted using Mavenir’s Open vRAN solution in the 3,500-megahertz (MHz) band test spectrum that India’s Department of Telecommunications had given Airtel access to (DoT). The equipment was deployed and set up in Non-Standalone (NSA) mode, and speeds of over 1 Gbps were verified using commercially available 5G mobile devices, the company claimed. 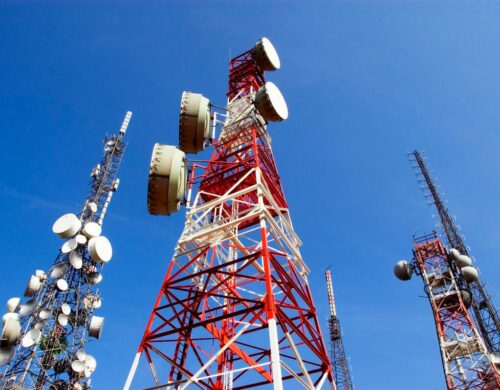