The Ministry of Electronics and IT (MeitY) has worked out a 1,000-day agenda, aiming to make India a $1 trillion digital economy over the next few years.

This comes amid a change of guard, with Ashwini Vaishnaw taking over as Union minister for electronics and IT, along with Rajeev Chandrasekhar as minister of state.

Reports further pointed out that the key to the initiative will be making India the largest connected nation in the world, bringing coherence into digital governance, simplifying rules and legislations for technology and social media companies, and focusing on building India’s high-tech prowess.

“Our priority is connectivity – we want to make India the largest connected country in the world; the second issue is of digital government, everyone (all government departments and ministries) has apps and websites, but making them coherent to empower Indians is important,” said a top government official, who did not wish to be named.

The plan focuses on how to expand the digital economy piece, the official added. As per the new agenda, the other areas of importance are to make laws governing tech, social media and cyberspace “simple and world-class.”

The government wants to make sure that the internet in India is open, trusted, safe and accountable, and with minimal government interface, the official added. High-tech areas and developing skills are other focus areas. The areas identified include AI, Cyber Security, Super Computing, Semiconductors, Blockchain and Quantum Computing.

“Our focus is very clear. We are not going to do everything for everybody. We will focus on areas that we are good at as a nation and be globally competitive so we will pick those areas and focus on them,” the official said.

Skills and talent development will be another key focus area as “there has been a surge in the need for talent post-Covid-19 since the digitalisation efforts of companies have gone up,” said the official.

The report further explained that the Indian IT companies have seen a sharp rise in revenues, according to the Credit Suisse report titled India Market Strategy. However, there is also a huge talent gap in the 5-12 years’ experience bracket, particularly highly skilled engineers as Software as a Service and global software firms target these, and their supply cannot grow rapidly, it added.

The report forecasts the industry’s wage bill to rise by $13 billion. As per the government’s agenda, it aims to create 1 crore skilled IT manpower in 3 years. The official also said that getting semiconductors manufacturers and high value-added products is also a key focus area.

According to the estimates, by the end of 2021, over 65 per cent of domestic semiconductor demand would be from smartphones, while 68 per cent will be from eight categories, including engine control units, LED lighting, notebooks, GPON (fibre optics), CCTVs, smart energy meters and FPD TVs.

The current global shortage of chips, which has hit several industries including automotive and electronics, has also built a strong case for India to fast-track its own semiconductor manufacturing plans. “We are focussed on the $1 trillion digital economy aim and we can’t do this until all the pieces are in place,” the official added.

“Today, we are fulfilling a part of Prime Minister’s vision in creating the technological ecosystem in North East, thereby creating opportunities for future generations of youngsters of this region. STPI is a platform where you can take those aspirations, make experiments, some would be successful some would fail, but you can stand up and get up again reskill and upskill.

I have been working effectively on this two-prong strategy and STPI-Kohima is part of the second prong of creating opportunities for North East people to start their micro-entrepreneurship and business,” said Rajeev Chandrasekhar, Union Minister of State for Skill Development and Entrepreneurship, Electronics and Information Technology of India.

In order to promote technology innovation, startups and creation of intellectual property, MeitY Startup Hub (MSH), an initiative of the Ministry of Electronics & IT (MeitY), has entered into a Memorandum of Understanding (MoU) with Infineon Technologies India. 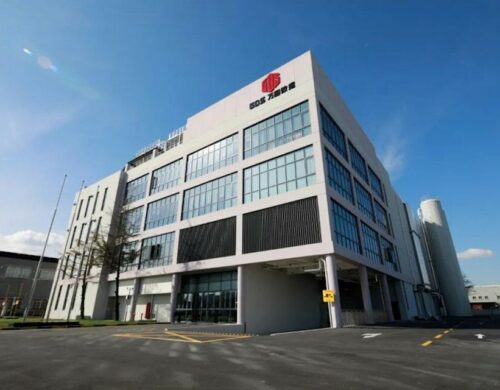