Vietnam has gained fame as a country that has resilience in-built in its DNA. Resilience was witnessed in the American invasion in the 70s. Flash forward to 2021 and the country has transformed into one of the most dynamic exonomies in the region.

Economic liberalisation, which began in 1986 with doi moi reforms was aimed at transitioning to a more industrial and market-based economy.

Vietnam’s economic growth, based on tourism and manufactured exports, was among the world’s fastest during the decade-long tenure of former Prime Minister Nguyen Tan Dung, and state-managed economic liberalisation has continued under General Secretary and President Nguyen Phu Trong.

Now, Vietnam, again has to prove its resilience – against the data deluge, cyber attacks as well as neighbouring countries with stronger economic and financial muscle.

The government has realised this and has started taking rapid strides. The country figures in the top 10 emerging markets for global data centres with impressive growth, international standard service delivery capacity, and a large number of organisations and enterprises, according to research firm ResearchAndMarkets.

Data protection is a matter of global concern and is becoming an important issue for the Vietnamese government. In the first half of this year, the country recorded nearly 3,000 cyber attacks, up nearly 30 per cent from last year, according to the Vietnam National Cyber Security Centre (NCSC).

Vietnam’s decision to award Viettel, the nation’s largest telco, with the first 5G trial license is a clear signal that Cybersecurity remains at the heart of Connectivity development. Viettel partnered with Nordic companies such as Nokia and Ericsson, to supplement their 5G kit.

The success of the rollout is a clear indication that the path taken by the central government to secure national security interest above all is a viable and fiscally responsible option. With national providers showing greater independence, the Cloud Computing and Datacenter market is set to witness accelerated growth.

Towards a Digital Economy

In June, Deputy Prime Minister Vu Duc Dam signed a decision to establish a centralised information technology (IT) zone in the Mekong Delta city of Can Tho. This is the government’s effort to speed up Vietnam’s foray into the digital economy.

The zone, covering nearly 200,220 sq.m in Hung Thanh ward of Cai Rang district, will be invested by the Can Tho Development Investment Fund.

The data localisation requirement under the cybersecurity law, plus the need for better processing speeds to assist Vietnamese users are the main drivers, which is expected to enhance demand for data centres in the country.

Additionally, the Vietnamese Government’s inclination toward digitisation has strengthened the demand for data centres in the country. In February, Vietnam is set to build three ‘Big’ Data Centres by 2030, in an effort to enter the world’s top countries with regard to AI adoption.

The three centres on Big Data and high-performance computing are among the Prime Minister’s set goals for Vietnam to be listed in ASEAN’s Top 4 and the world’s Top 50 countries in terms of artificial intelligence (AI) by 2030.

The goals are stated in the National Strategy on AI Research, Development, and Application by 2030 approved by Prime Minister Nguyen Xuan Phuc on January this year.

Apart from the government, companies have been adopting tech, especially post the COVID-19 pandemic. Vingroup’s technology subsidiary One Mount Group has partnered with Google Cloud to foster the largest cloud-based technology ecosystem in Vietnam.

Currently, the digital economy of Vietnam is estimated to be $14 billion.

According to the e-Conomy Southeast Asia 2020 report by Google, Temasek and Bain & Company, analysts estimate Vietnam’s digital economy to reach $43 billion by 2025.

Further, the Vietnamese data centre market is driven by the shifting of enterprise data to cloud. Additionally, growing adoption of big data solutions, IoT and cloud-based solutions among others, is expected to propel market growth through 2026. 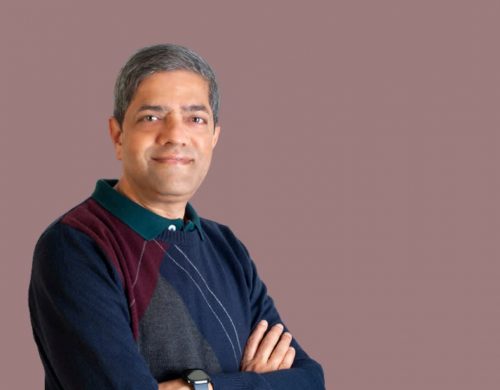