The Samrand facility in Johannesburg has begun to grow from 10MW to 40MW, bringing Africa Data Centres’ total platform capacity above the 100MW threshold.

According to Tesh Durvasula, CEO of Africa Data Centres, the expansion will take place over several phases, with the first phase’s development delivering 20MW across eight data halls by 2023 and by the end of 2025, the following phase will add an additional 10 MW of IT load.

The company recently announced that it would increase its Johannesburg IT load capacity to 100MW. This statement follows closely on the heels of the organization’s expansion into Accra, Ghana, and the opening of a new 10MW data center at its Midrand site.

“This is a step forward in the organization’s massive expansion plans announced in September, the most ambitious data center expansion plans Africa has ever seen,” said Durvasula.

This would result in the creation of massive, hyper-scale data centers by the data center giant all across Africa, including in the top five markets for data centers in North Africa, namely Morocco, Tunisia, Kenya, South Africa, and Egypt.

Given that South Africa is one of the most significant data center markets in Africa and a gateway for smaller bordering economies, breaking ground for Africa Data Centers’ Johannesburg facilities is a crucial component of the growth.

For Durvasula, due to its strategic location at the southernmost tip of Africa, South Africa is unquestionably the region’s de facto technology and data center. This places it at the forefront of data center expansion on the continent, along with the increased fiber connection supplied by both underwater and terrestrial fiber networks 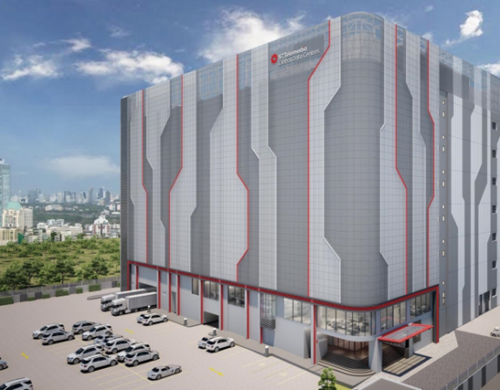